Both our Atlantic 85 and D Class lifeboats were launched at the request of UK Coastguard to assist 2 persons and a dog reported to be cut off by the tide to the west of Nash Point lighthouse. The Atlantic 85 was first on scene and located 2 persons fishing with a fire lit on the pebble beach. Although they were cut off by the tide they were not in any danger. The Atlantic 85 continued a search of the area locating no further persons. When the D Class lifeboat arrived on scene it went close in to shore to speak with the fishermen who were aware of the tides and intended to remain at their location until the tide dropped. Following a thorough search of the area by both lifeboats and Llantwit Major Coastguard Team no further persons were located and we were stood down by UK Coastguard with the call being a false alarm with good intent. 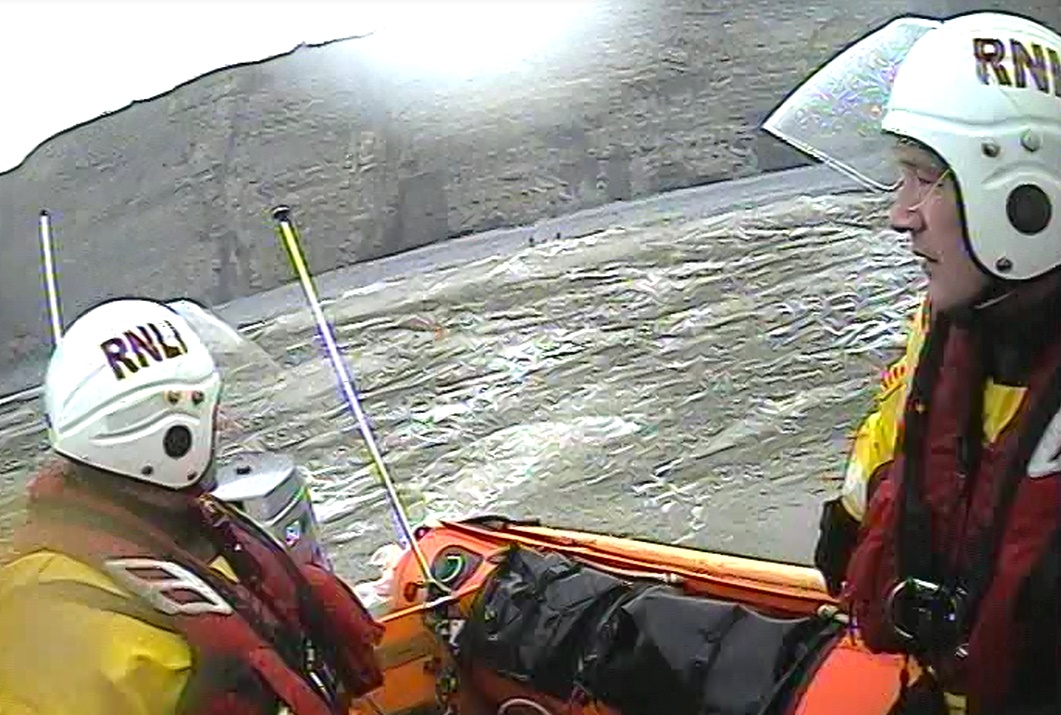