Our Atlantic 85 was launched on service for the first time in 2017 to reports of a kayaker in difficulty between Ogmore by Sea and Tusker Rock. UK Coastguard had taken a call from a member of public. The Atlantic 85 made best speed and found two kayakers drifting and fishing from their kayaks. Confirmation was made with the first informant via UK Coastguard that these were the kayaks they had been concerned for. The Kayakers required no further assistance and we were stood down with the call being a false alarm with good intent. Never be afraid to call UK Coastguard via 999 if you have concern for people on the water. We would far rather be called to check no help is required than not launch at all.

Whilst this callout was taking place a few of our crew who had responded to the callout assisted at the scene of an RTC involving a cyclist. The incident had happened near the station shortly before we were paged for the callout. Our crew members provided casualty care until the arrival of an ambulance and assisted paramedics on their arrival. 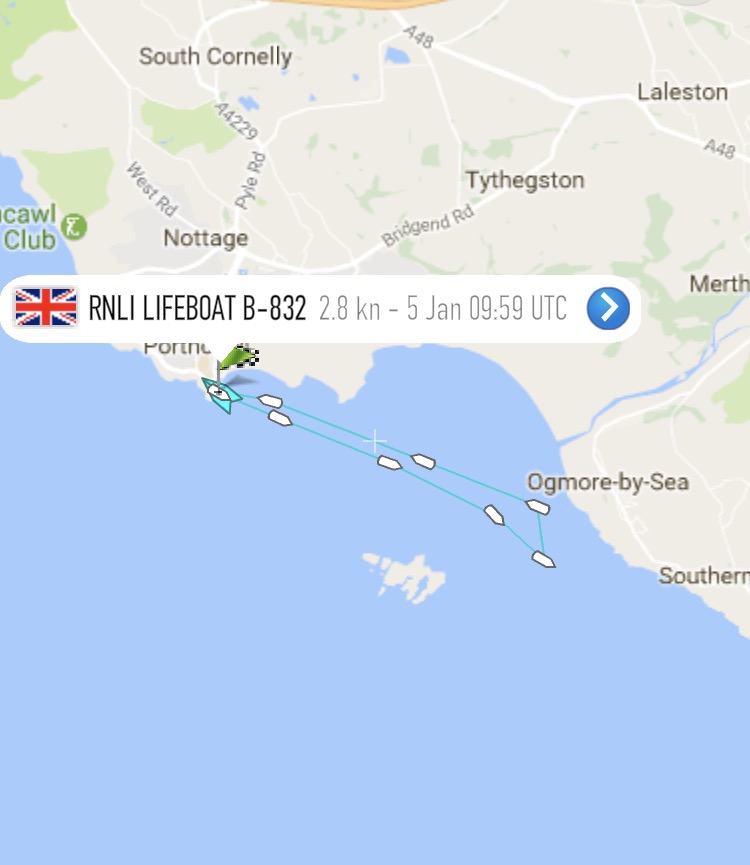