Our volunteer crew onboard our Atlantic 85 lifeboat were diverted from their training exercise off Porthcawl seafront at 6.25pm by UK Coastguard. Porthcawl NCI had reported a surfer who had been swept around the point at Rest Bay on the incoming tide and was now out of view of their CCTV camera.
The lifeboat made best speed to the location in calm seas with a large swell which was producing 5ft-6ft surf. On arrival at Rest Bay the crew located the surfer who was clambering out onto the rocks at the point. Safety advice was given to other surfers and assistance offered but despite our intervention a further surfer found themselves getting swept onto the rocks.
There is a strong rip at the point at Rest Bay and strong lateral current in the direction of town on the incoming tide. The currents are strongest on spring tides and when there is large surf. Inexperienced surfers are advised to stay on the golf club side of the lifeguard station whenever the tide has hit the rocks at the point. 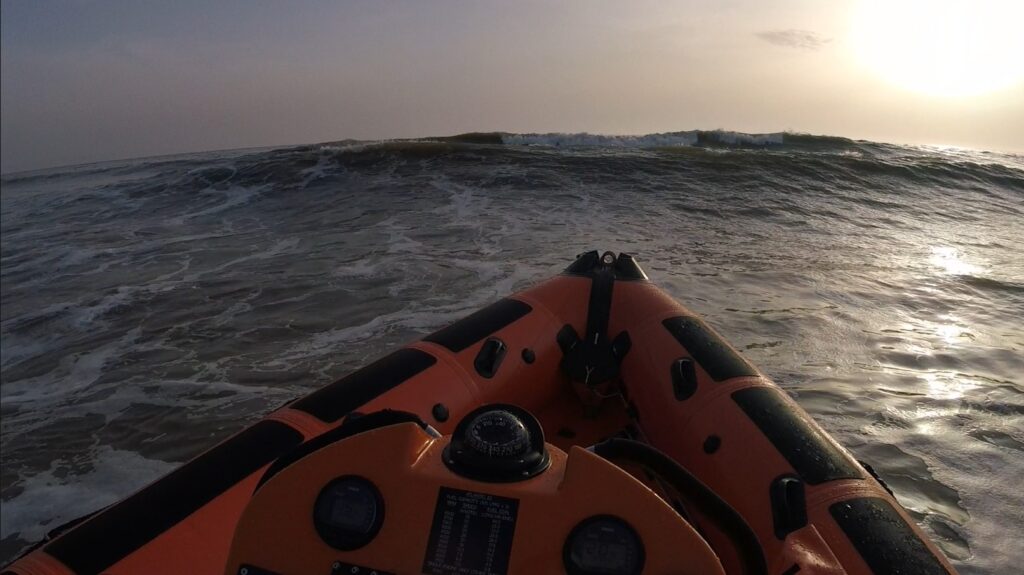