Porthcawl’s D Class lifeboat was launched on service on Friday evening to two people cut off by the tide to the east of Dunraven Bay. The two were out on a first date which didn’t quite go to plan. After a walk along the coast near Southerndown they found themselves trapped by the incoming tide. Using their mobile phone they dialed 999 and asked for the Coastguard to get help. Both were brought onboard the charity’s lifeboat Jean Ryall and returned to the slipway at Dunraven Bay where we were met by our colleagues from Llantwit Major Coastguard. 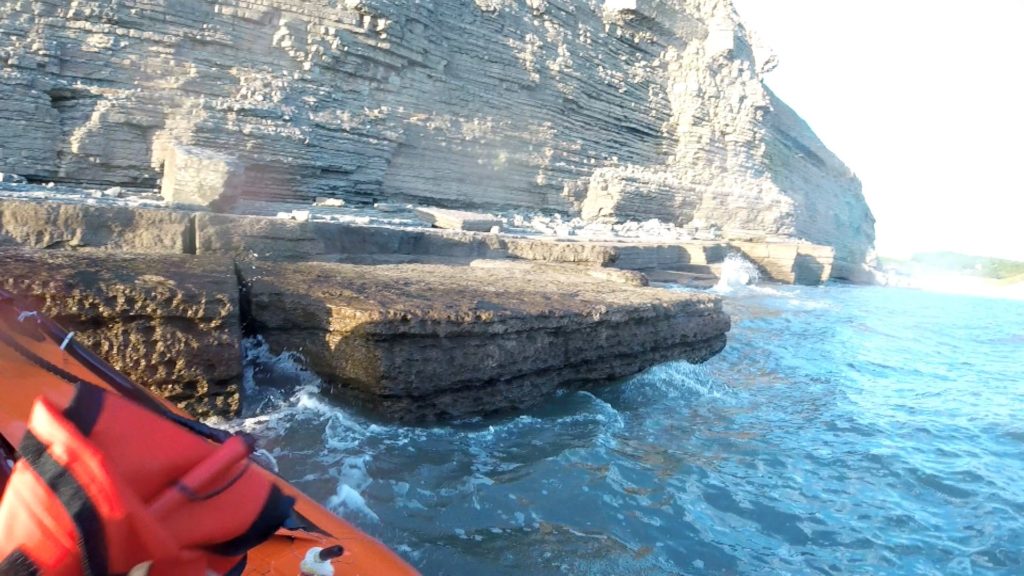