Porthcawl’s volunteer RNLI crew were diverted from their training exercise by UK Coastguard following a report from Porthcawl NCI that a group of 3 people were cut off on the south side of Dunraven Bay, Southerndown.
Both the charity’s Atlantic 85 lifeboat and D Class lifeboat proceeded to the location to investigate. On further investigation the crew established the 3 people were climbers and intended to climb out from the location and required no assistance.
As the crews were preparing to leave they spotted a further person on the north side of Dunraven Bay who had clambered up onto a ledge and was cut off by the tide.
The crew aboard the D Class lifeboat Hugo Missen extracted the casualty from the ledge and then transferred the casualty onto the larger Atlantic 85 lifeboat Rose of the Shires.
Due to the shore break at Dunraven Bay which made landing the casualty there high risk, the casualty was brought back to the launch slipway in Porthcawl and then given a lift to their car at Southerndown by one of Porthcawl’s volunteer crew.
To support Porthcawl RNLI volunteer crew: Porthcawl RNLI Lifesavers Fund 2022 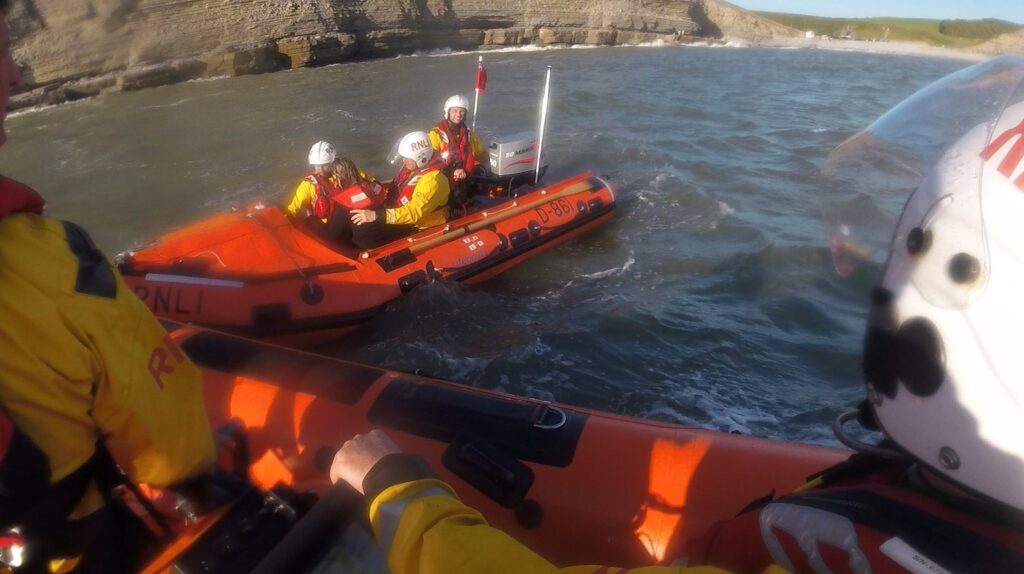