As Porthcawl RNLI’s volunteer crew were preparing to launch on training exercise with the charity’s Landrover and D Class lifeboat Hugo Missen, they spotted three children being swept onto jagged rocks at Rhych Point on the eastern side of Sandy Bay (Coney Beach).
The crew immediately made their way to Rhych point and assisted all three children to safety. The casualties had some minor cuts from the rocks, were a little shaken but required no further medical attention.
Porthcawl’s Trecco Bay, Sandy Bay (Coney) and Rest Bay are now patrolled daily for the summer season by RNLI Lifeguards South East Wales between 10am – 6pm. Please visit a lifeguarded beach during patrol hours where possible and swim between the red and yellow flags.
In a coastal emergency dial 999 and ask for the Coastguard.
To support Porthcawl RNLI volunteer crew: Porthcawl RNLI Lifesavers Fund 2022 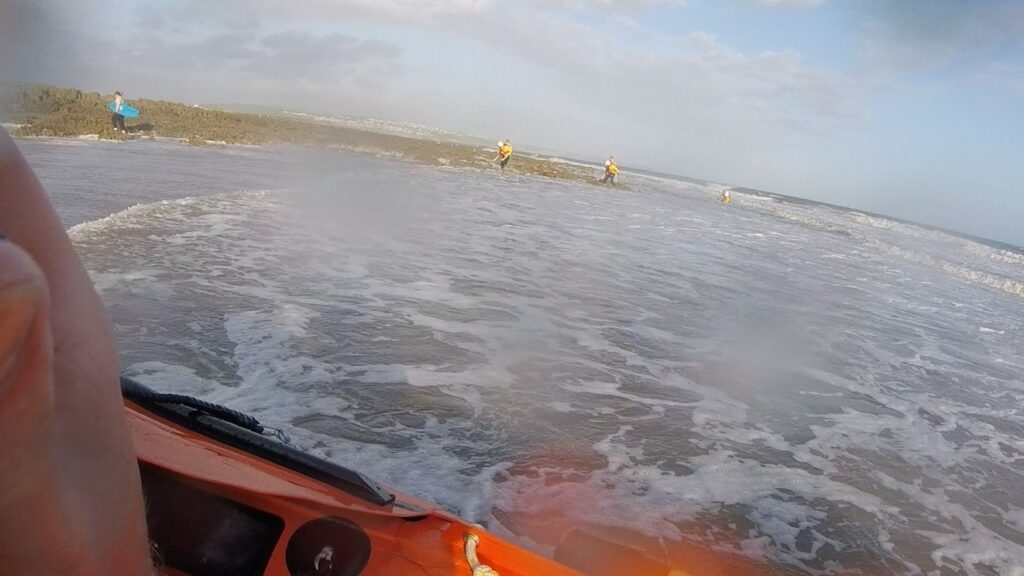 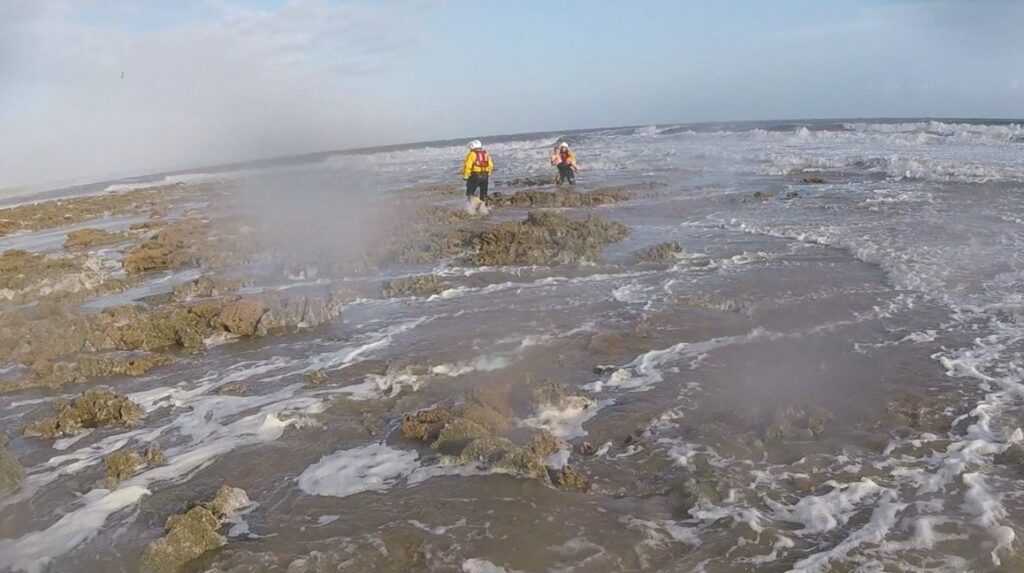