The volunteer lifeboat crew of Porthcawl RNLI will return to the small screen again next week as two rescues they carried out features in the next episode of the BBC TV series Saving Lives at Sea.

Now in its fourth season, the documentary series showcases the lifesaving work of the Royal National Lifeboat Institution (RNLI).

The 10-part series features real rescues carried out by the charity’s volunteer lifeboat crews and lifeguards around the UK and Ireland – including Porthcawl.

The programme gives a unique insight into the lives and work of the charity’s lifesavers who are needed more than ever before, rescuing thousands of people and saving hundreds of lives around our coastline and on inland waterways every year. The new series features more dramatic real-life rescue footage, accompanied by emotive testimonials from the volunteer crews, lifeguards and the people they rescue and their families.

This forthcoming episode sees Porthcawl RNLI station launching to a capsized sailing dinghy with people in the water and a surfer caught in a rip current, alongside stories from other lifeboat stations around the coast.

Saving Lives At Sea is broadcast on Tuesday’s at 8pm on BBC Two and is also available to watch on the BBC iPlayer.

Last year alone, RNLI lifeboat crews around the UK and Ireland rescued 9,412 people, saving 211 lives, while the charity’s lifeguards aided 32,207 people and saved 118 lives on some of the UK’s busiest beaches.

Saving Lives at Sea began on Tuesday 27 August at 8pm on BBC Two, and will continue through September and October. 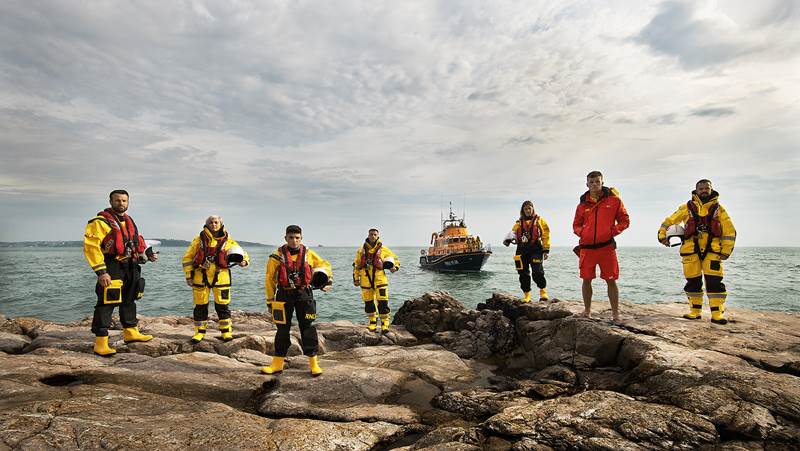