The charity’s new D Class lifeboat D861 was named Hugo Missen in a naming and dedication ceremony held on Sunday 24 April outside the Seabank Hotel, Porthcawl.

The lifeboat was named in memory of Hugo Missen in beautiful sunshine in front of a crowd of hundreds of invited guests and onlookers. With performances from both the South Wales Police band and Porthcawl Male Voice Choir it was a very special, memorable and at times emotional day.

Hugo was the son of Helm Joe Missen and his fiancé Jessica Entwistle and was the grandson of Porthcawl RNLI’s Lifeboat Operations Manager, Philip Missen MBE. Hugo lost his courageous fight against cancer aged just 15 months in December 2016.

The D Class lifeboat arrived at Porthcawl lifeboat station on 26 January 2022 and has already been launched on service four times, two of which were to assist vessels in distress.

D861 Hugo Missen has been funded by several donors from restricted funds.

On handing the lifeboat to the RNLI, Chris Page said: 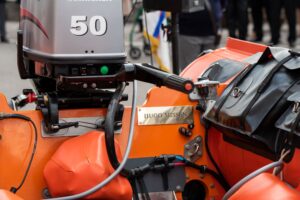 ‘For me and I’m sure all those who knew Hugo here today, this new lifeboat is an incredible tribute to Hugo’s courage and bravery. Courage is one of the four RNLI values and people often describe RNLI crew as brave, so it’s very fitting this new lifeboat is named Hugo Missen.

‘Whilst Hugo wasn’t able to serve on Porthcawl’s crew himself, his name will now be associated with saving lives at sea here at Porthcawl for many years to come.’

Mark Wordsworth, RNLI trustee spoke of the 11 lives saved by Porthcawl RNLI volunteers during 2021 – the most lives saved by any RNLI station in Wales and how the new lifeboat Hugo Missen would go on to save even more.

On receiving the lifeboat on behalf of Porthcawl RNLI, Mark Broadway who read a speech written by Porthcawl Lifeboat Operations Manager, Philip Missen MBE spoke of the difficult times and darkness that fell over the family and the station when Hugo became ill. He spoke of how the new lifeboat Hugo Missen will really save lives, such as swimmers slipping below the waves, caught just in time often with great tenacity and courage by the lifeboat crew.

He also spoke of how the light at the station now shines bright again and how the brass plaque on the lifeboat glitters, the light shines through the darkness.

The new lifeboat was then dedicated by Canon Philip Missen and named by Joe, Jess, Coral and Honor.

Peter Scott, President of Porthcawl Lifeboat Station gave a vote of thanks before the ceremony was closed by Ian Stroud, Chairman of the Lifeboat Management Group who had been the lead organiser and presided over proceedings during the day.

Every one involved in Porthcawl RNLI lifeboat station are delighted to have been given the opportunity to have a new lifeboat named after Hugo Missen. 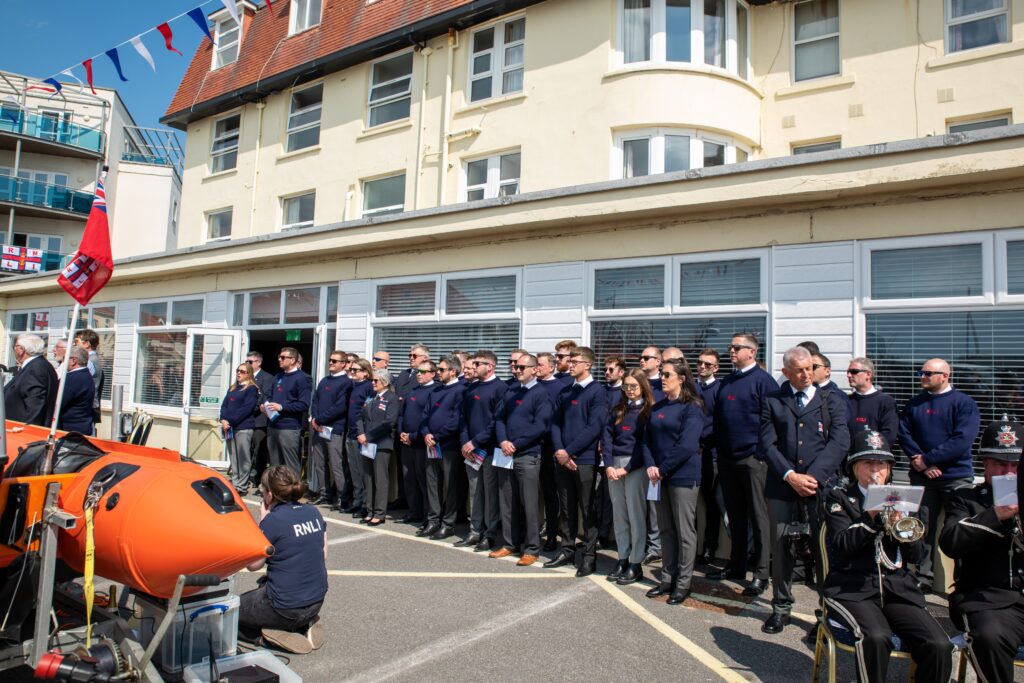 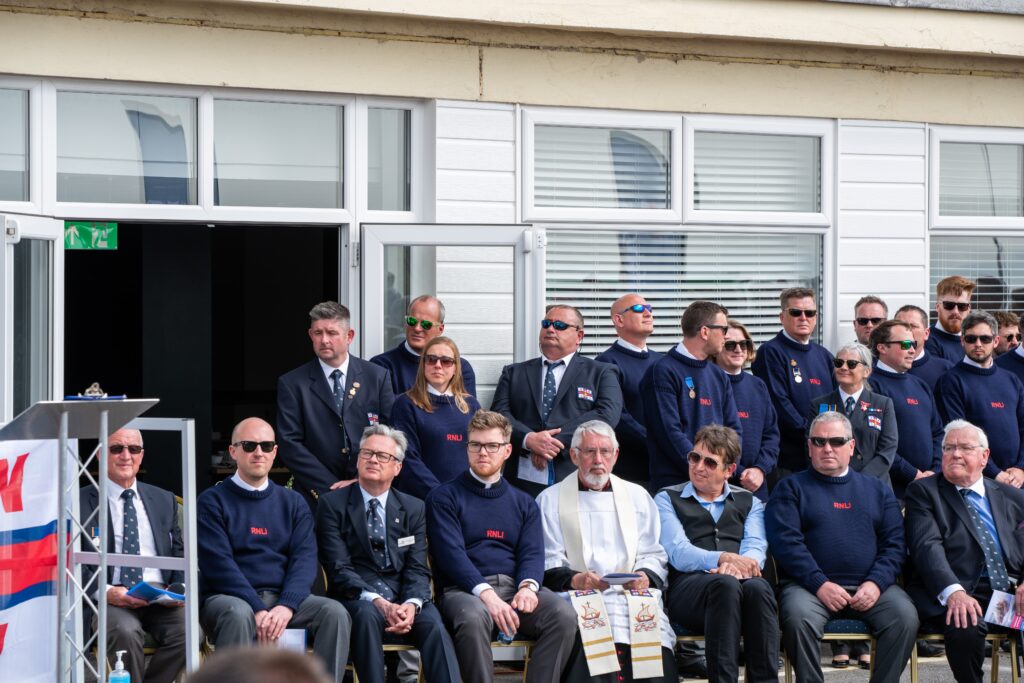 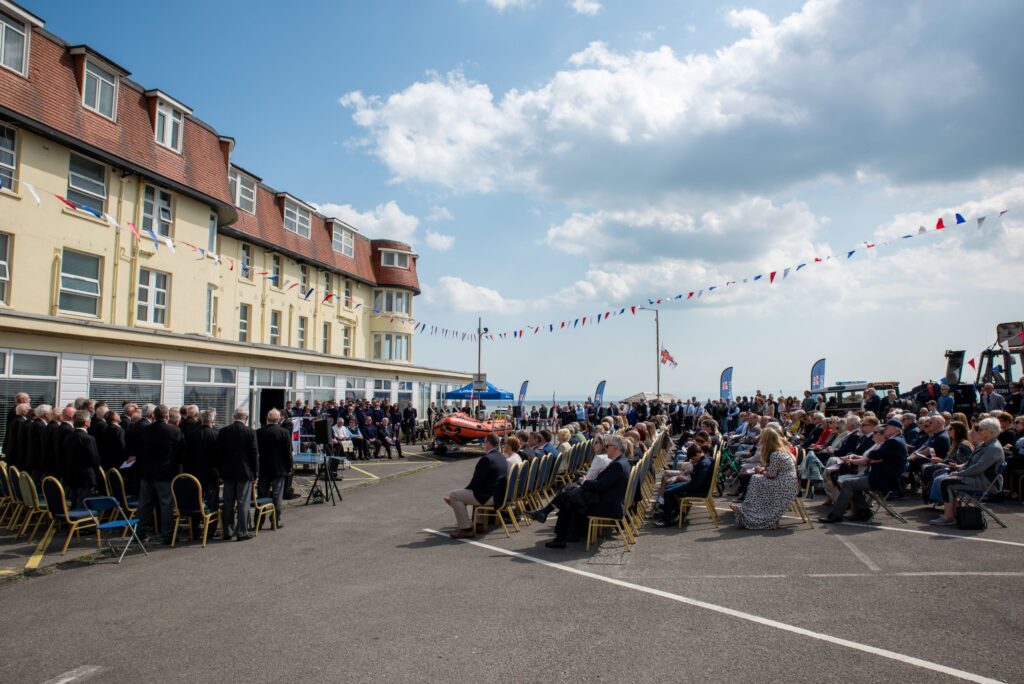 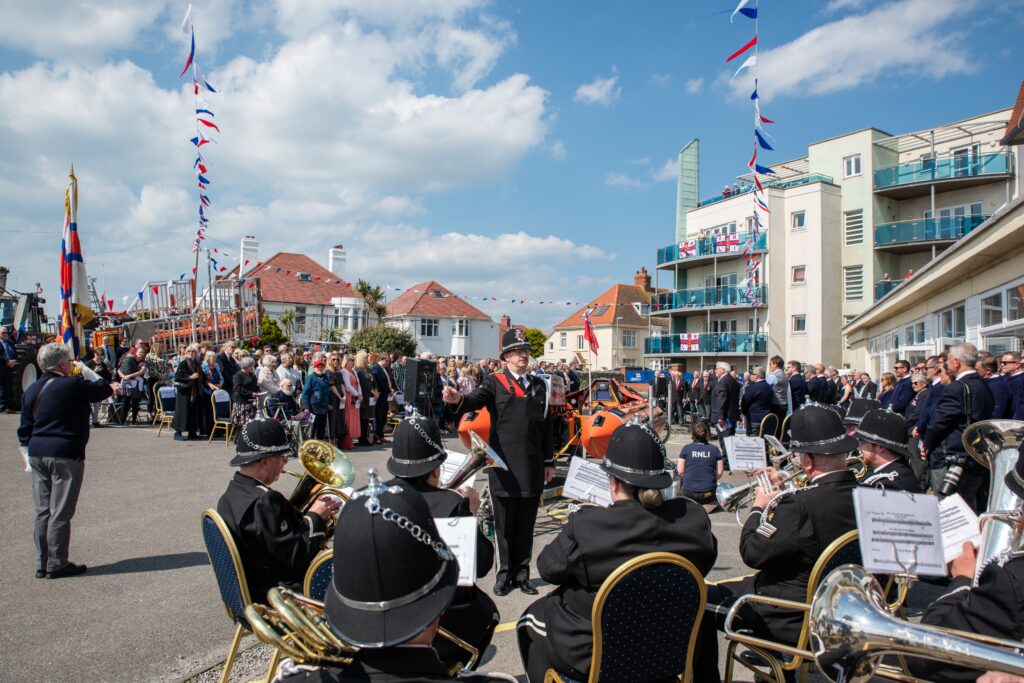