The Queen’s Birthday Honours recipient Aileen Jones a volunteer at Porthcawl RNLI Lifeboat station was presented with her MBE this week by Prince William at Buckingham Palace.

Aileen, who has been a volunteer at Porthcawl since 1995 was accompanied at the Palace by her family, husband Steve, daughter Frances and son Dan. Both Aileen and Steve hold the office of Deputy Launch Authority. Daughter Frances was a crew member until leaving for university and son Dan is currently a crew member.

‘It was a complete surprise and honour when I was awarded the MBE for service to the RNLI’, said Aileen. ‘To have my family with me at Buckingham Palace made it a really special day.

Lifeboat Operations Manager at Porthcawl, Philip Missen MBE said, ‘We are all so proud of Aileen who has been a stalwart at our lifeboat station.

She qualified as one of the first RNLI female helms and later became the RNLI’s first female crew member in the history of the Charity to receive a Bronze Medal for gallantry. Her award of the MBE is recognition of the commitment Aileen has shown to the RNLI and to our lifeboat station here in Porthcawl’. 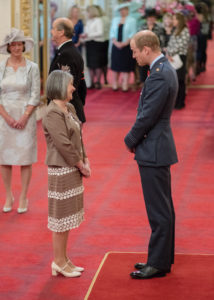 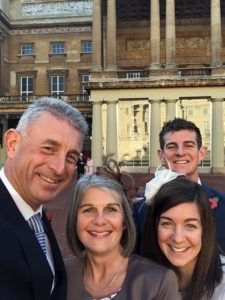