From 1 January 2017, the RNLI will be the first major charity to move to an opt in only approach for communicating with its supporters.

The Royal National Lifeboat Institution (RNLI) has joined forces with the charity’s long-time supporter and well known TV personality Ben Fogle, to create a compelling short film sharing the story of a daring rescue at sea. The collaboration educates RNLI supporters on how sharing stories really does help to save lives.

Driven by the RNLI’s decision to only contact supporters who have opted in from 1 January 2017, these ‘opted in’ supporters and the public will be encouraged to share lifesaving rescue stories with friends and family, which will in turn help the charity save lives by raising awareness and bringing in new supporters. During the film, Ben tells the dramatic story of Simon Haggie, a windsurfer who got caught out in bad weather and lost his sail.

Ben Fogle says: ‘Telling a story is a simple act, but sharing the lifesaving stories of the RNLI can in turn save lives. Why? They help spread the word about the amazing work of RNLI volunteer crews around our coasts, and help recruit new supporters to the charity.

‘I feel honoured to share the incredible rescue story of a man who got into trouble when out at sea windsurfing this summer. Simon had almost given up hope when he was heroically rescued by the RNLI. His wife wrote a heartfelt letter expressing her thanks to the charity for saving his life, helping him to live to see one of his daughters get married, and also to meet his first grandchild, due shortly after he was rescued.’

Will Stephens, Head of Lifesaving at the RNLI says:

‘We believe that moving to an opt in approach is the right thing to do. The respect and trust of our supporters is of utmost importance to us. By opting in to hear from us, our supporters will continue to hear rescue stories of the lifesaving work carried out by RNLI volunteers every day. Passing on the amazing work that the RNLI carries out has never been more important.’

The RNLI needs its supporters to share stories to help encourage new supporters and ensure the lifesaving work can continue. To opt in, visit rnli.org/savelives 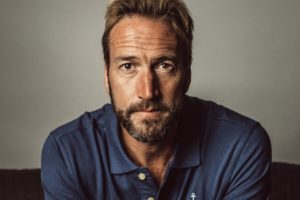 Key facts about the RNLI

The Royal National Lifeboat Institution is the charity that saves lives at sea. Our volunteers provide a 24-hour search and rescue service in the United Kingdom and Republic of Ireland from 237 lifeboat stations, including four along the River Thames and inland lifeboat stations at Loch Ness, Lough Derg, Enniskillen and Lough Ree. Additionally the RNLI has more than 1,000 lifeguards on over 180 beaches around the UK and operates a specialist flood rescue team, which can respond anywhere across the UK and Ireland when inland flooding puts lives at risk.

The RNLI relies on public donations and legacies to maintain its rescue service. As a charity it is separate from, but works alongside, government-controlled and funded coastguard services. Since the RNLI was founded in 1824 our lifeboat crews and lifeguards have saved at least 140,000 lives. Volunteers make up 95% of the charity, including 4,600 volunteer lifeboat crew members and 3,000 volunteer shore crew. Additionally, tens of thousands of other dedicated volunteers raise funds and awareness, give safety advice, and help in our museums, shops and offices.